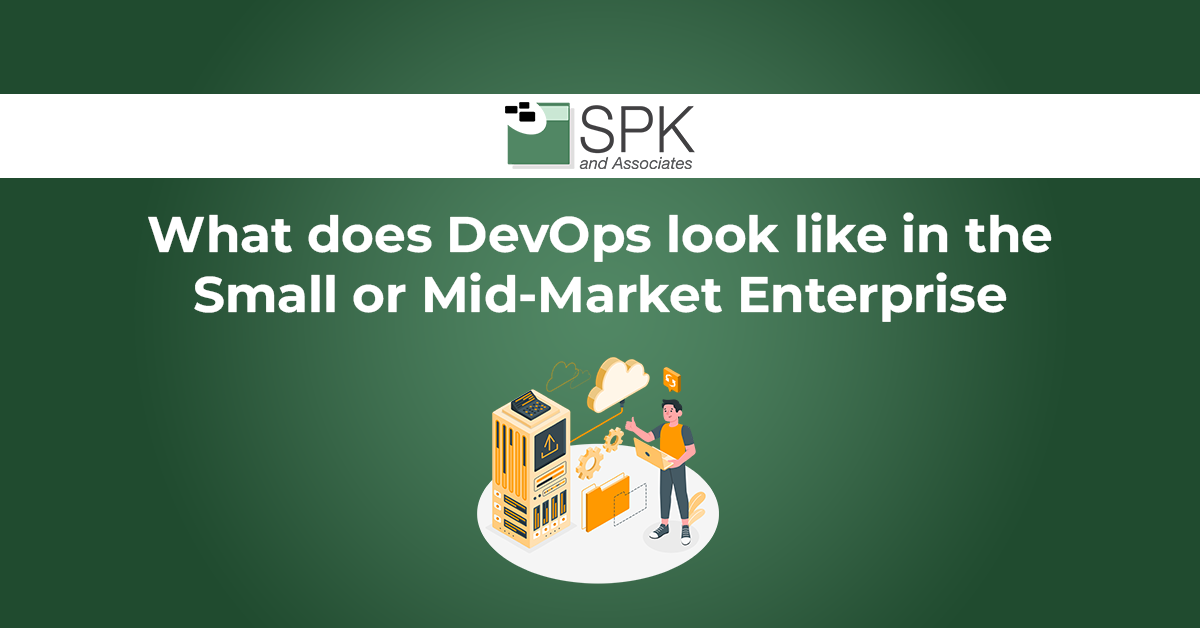 Here is the VLOG transcript for Chris McHale, CEO of SPK, and Director of Cloud and DevOps, Mike Solinap, discussing what DevOps services and DevOps consulting services look like in the Small or Mid Market Enterprise.

Chris McHale – Co-founder and CEO of SPK and Associates

Chris: I’m Chris McHale Co-founder and CEO of SPK. Joining me today is Mike Solinap, our Director of Cloud and DevOps. We’re here to talk about DevOps services and DevOps consulting services. Just so we all get the same page, as different people have different definitions, why don’t you tell everyone what your view or version of DevOps is?

Mike: DevOps has a wide range of definitions. I think that’s because it encompasses so many technologies, different tools and different processes. So, it does mean different things to different people and it’s important to recognize that it’s not just one thing. It’s not just DevOps services, but rather a collection of things – that’s where the complexity lies.

Chris: I like to describe it as a philosophy of looking down the walls, right between software engineers and operations people. That leads into  processes and practices and things that you do.

What are the roles in a DevOps team?

Mike:  Some of the traditional roles include your build release with CI CD, have some folks who are skilled in some of those areas. Some of those tools and processes have people who are more in tune with monitoring and making sure site reliability is their main priority and making sure the app is running, that things are healthy. And not only the app, but also the infrastructure is healthy too. Other roles might include data analytics. So, these people make sure that they can get the right insights out of the application and infrastructure and maybe even the product. Accordingly, they are a bit more in tune with the application and write the application code and some operational code. There are a lot of different roles.

How can DevOps services accelerate start-ups, small or mid-market enterprises?

Chris: Do people often just try to find one person? If you’re an enterprise you’ve got money, that’s a different situation, but if you’re a small business ,or a startup, how do you start off with this?

Mike: Well, what we’ve seen is smaller companies don’t have the luxury to take on individuals for all the specific roles. Typically, they have one or two people that try to take on all of those roles. They’ll try to prioritize what’s most important, which is in fact the application and their product. So, there’s a lot of things that don’t get done or get deprioritized. Smaller companies end up with what we would call “a bunch of technical debt”. In fact, those things sit on the back burner and if they’re not done, they fester because they’re not immediately high priority items. They’re important nonetheless.

What is technical debt?

Chris:  These are the kinds of things that if you could just spend a few hours along the way doing them, you would save yourself an enormous headache later on trying to address that technical debt. You have a piece of software you’re about to release that you want to make money off, and you realize, “oh my gosh there’s all this stuff that we haven’t done to make it more automated”.

Mike: Spending a bit of attention on some of those technical debt items brings them to the forefront within the application, and you architect for them and you are planning ahead. Therefore, if you don’t look at them at all, then you know further down the line you try to revisit them, and they may be more complex, or end up having to refactor code, or reworking a whole bunch of stuff.

Mike: In one situation where you monitoring is secondary, it’s more proactive. One of the customers that we were working with, it  wasn’t necessarily a high priority. They focused on the development of their application. So, when it came to monitoring the application we said “let’s take a look holistically about how this needs to be monitored”. We found there were all these hooks that needed to go into the application, for example they needed to rewrite some of the ways that they were exposing metrics about the application. That triggered a lot of re-architecture of the system. A lot of reworking of the code that they had already written. It just caused a lot of headaches and unnecessary work. I think this could have been tackled earlier on.

Can my IT department also do DevOps?

Chris: In this day and age, there’s a lot of technical people needed for business functions. It’s not just an IT department, and that’s where the jobs are, so it’s hard to find people It’s hard to source and hire people. Sometimes it’s helpful to partner with a company, for DevOps consulting services, that have a holistic and comprehensive team that can do those things. It helps to do this function, or that function, and they take care of everything else. As long as it’s a really close partnership, I think you’ve done some of those?

Mike: Yes, and we’re familiar with a lot of the same tools, infrastructure and cloud platforms that are commonly used today by many companies and have experienced cloud DevOps engineers. As consulting DevOps services, we definitely help accelerate a lot start-ups, to small, mid-market enterprises. We’ve got a lot of expertise on hand.

What mindset do good DevOps services need to have?

Chris: The last question is a little bit more philosophical. There’s this interesting, almost personality, that goes with a software developer. There’s kind of a different personality that goes along with an Op’s person. I like to say that software developers are super creative, they’re about creating. It’s like that mindset. Then the mindset for a person who’s in operations is just different. Super valuable, but it’s more about process, response, getting things done methodically. What do you think?

Mike:  Functionally, writing application code requires a lot of focus. A lot of heads down time. Whereas operational work is a little bit more interrupt driven. We’re constantly putting out fires, looking at different systems, we’re just in so many different things, so I think it does require a different mindset to be in DevOp’s.

Chris: Having a partnership between the two teams requires DevOps services to be really cognizant and knowledgeable about what software development is about. DevOps can’t be sitting over here thinking “we’re IT”, they have to be extremely involved and  understand the code to a certain degree. They have to understand what software developers are doing otherwise the whole thing doesn’t work very well.

Mike: That’s so true. What I tell people is that it is a marriage between teams. You can’t necessarily just chuck things over the fence. One way or another, they have to take issues and look at them together. It’s much more of a relationship that they need to have.

Chris: Thanks for your time this morning, Mike, I really appreciate it. That’s was a fun conversation. We could do a deeper dive at some point, but hopefully this is helpful to our listeners.

Chris: Have a great morning.

Want more tips and insights to accelerate your business? 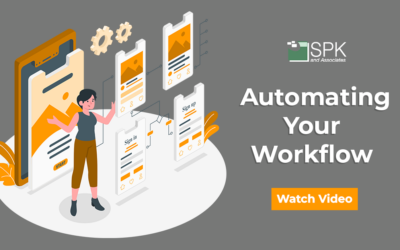