Ben: Hello and welcome to the SPK and Associates Podcast on the internet of things. As always, I’m speaking with Rajiv Mistry, the Chief Strategy Officer for SPK and Associates. Rajiv, thank you very much for joining us today.

Ben: Today I was hoping we’d be able to talk about device serviceability and the environmental impact of the internet of things, because as we know, in previous podcasts we’ve discussed how we’re talking about billions of devices, and every device, no matter how well-engineered it might be, has a definite lifespan. Over time there will have to be decisions made as to whether it should be replaced or repaired, and consequently, regardless of those decisions, you’re going to have an impact on the environment that these devices find themselves in. How can we look at deciding whether they should be just sent to the scrap heap or recycled or repaired? It seems like a fairly involved process.

Rajiv: That’s right, Ben. In fact, one of the things that I mentioned in my blog was about how devices in the field would be deployed very rapidly. You know, the studies are talking about 24 billion devices going out by 2021 in the environment. This is not just your in-home monitoring solution kind of device. It’s a whole set of devices across outside environments, across homes, healthcare, manufacturing, everywhere, right? So when we have so many devices proliferating in our environment and sending data back, then we have to monitor how they’re performing. The performance can be an indicator on whether the device is working to spec or whether it’s starting to drift from the original calibration for whatever measurements the device is taking. When you scale this problem of having billions of devices that are being monitored for their performance and their calibration drift, then there’s obviously a need for analytics.

These are performance analytics for the device itself, not the sensor metrics and analytics that would give us intelligence on what the environment measures that the device is capturing and sending back are looking like. This is a pretty critical situation where the number of devices that are out there means that the number of decision points that are visited for a single device proliferate and increase dramatically, and so systematic analytics have to be in place. The analytics now would be able to also predict when a device is going to fail. So on one hand you have performance metrics through remote monitoring of the device. On the other hand you have predictive analytics going on with machine learning. These can be used to make decisions on whether to send out field personnel to repair the device, or recover the device back to a service center and they are batch scheduled for being brought in and refurbished or repaired and sent back out, or replaced entirely.

When a device is replaced entirely, then what are we going to do with the device that came in that is now a failed device or a retired or obsolete device? These are not trivial questions when you consider the number of devices that are coming out, okay? Twenty four billion devices with a 5% failure rate is going to mean a tremendous burden on the service portion of the budgeting process. So this is something that we are starting to reflect on in terms of how do we tackle this issue?

Ben: When you say reflect on, I think that’s a good turn of phrase because it seems to me that when you’re talking about anything with a finite lifespan and a 5% failure rate, you would have to almost consider from the very beginning proper lifecycle management for each device rather than simply reacting to the fact that, well, we estimate that 5% of them are going to break, so we’ll deal with that when it happens. It’s really something that has to be done from the beginning of the implementation of any internet of things strategy for a corporation to be able to avoid being overwhelmed by failed or end-of-life devices.

Rajiv: Indeed that’s the case. In fact, when you start looking at how devices are being designed today, or in the last 20 years how devices have been designed, it has been typically an integrated product development process where the device is designed to function for what it’s measuring and that’s it. But when you start looking at IOT devices that are going out in the field and you’re starting to look at performance metrics and predictive analytics for maintenance purposes and serviceability purposes, then you have to visit that issue in the design cycle itself. It’s no longer sufficient to just do integrated product development.

It should be a requirement to do product lifecycle management, in which integrated product development becomes a component that dovetails into the PLM lifecycle. Coupled with this is the application lifecycle. These devices are going to have embedded programs that run on them. These devices will have firmware that basically allows the device to start up and then start running the embedded software. These are also subject to rapid changes given the pace of software development. So application lifecycle management is something that has to be carefully dovetailed into the product lifecycle management process. So now you have PLM and ALM both focusing on the entire lifecycle of the device for the purpose of serviceability, recoverability, and recyclability.

Ben: And what I find fascinating when we discuss about the rapid pace of technology is the concept that ALM and PLM have to take into account the fact that we might not know the best method for recycling, refurbishing, or dealing with end-of-life devices right now. Five years from now there could be new techniques that come out, new ways of revitalizing devices that are in the field, or entirely new technologies that could theoretically obsolete a larget percentage of devices that exist. It seems like you almost have to have a crystal ball or at the very least plan for what you don’t know is going to happen when you’re talking about ALM and PLM.

Rajiv: That’s right. In fact, when you look at the recyclability of devices, I think this is a key issue where there’s a technical jump where a previous version of a device is measuring, let’s say, seismology or wind speeds for wind turbines or tidal speeds, etc., get obsoleted and there’s a new technology that comes along that can do things much better on these measurements. Well, in that case you would have to have designed a process that would capture these older devices and recycle them in a very efficient manner so there’s not environmental waste left behind. Case in point being the example of plastics proliferating in the environment globally.

The amount of plastic that is in oceans today is being measured scientifically, and despite some of the hype in videos that you see on YouTube, etc., the shards of plastic are increasing in the density, basically parts per million found in water in the oceans. If you have IOT devices that are going to add to this, how do we tackle that? So I think the key is in the design process, from the inception of the device we include the recyclability of the device as part of the entire lifecycle design. So there’s some impact to the total cost of ownership and return on investment. We have to account for these things. Don’t leave behind devices out in the environment once they’ve failed. That’s going to be a huge problem for the environment.

Ben: And just while we’re wrapping this up, I wanted to underscore the numbers because I think that’s something that could easily get lost when we’re talking about the internet of things as such a new concept, and we’re talking billions of devices. You used 24 billion within a very short amount of time. That’s a huge number. It’s an absolutely enormous number, and I don’t think that we can stress enough just how important lifecycle management is going to be when dealing with that huge number of devices.

Rajiv: Well, and that’s a conservative number. There are companies like Cisco that are talking about 100 billion devices. So if they are right, then this is an even more critical problem.

Ben: Rajiv, thank you very much for speaking with us today.

Rajiv: Ben, it’s a pleasure to speak with you about this topic. I also want to request the audience to please fill out the survey that will be posted as a link at the end of this podcast. SPK is in the process of offering solutions involving engineering collaboration, cloud, and dev op, as well as IOT design and operations for various engineering groups across multiple industries such as the medical device industry as well as the high tech industry. Thank you very much. 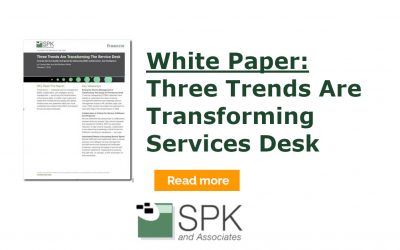 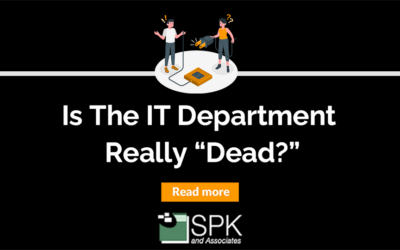 Is The IT Department Really “Dead?”

“It’s Time to Get Rid of the IT Department.”  That was the title of an opinion piece recently published in the Wall Street Journal.  Provocative?  Sure.  My answer to this is not “yes,” but many of the author’s points are valid.  The Same Old IT Department? No, the IT... 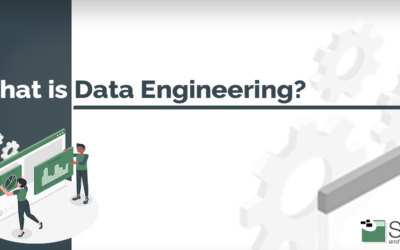 What is Data Engineering? 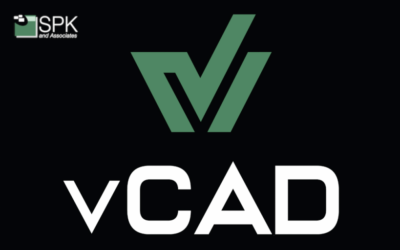 SCOTTS VALLEY, Calif., Jan. 4, 2022 /PRNewswire/ -- SPK and Associates, LLC (SPK) is excited to announce the release of their new Virtual Engineering Platform – vCAD™. vCAD is an easy-to-use product that allows engineers to quickly set up and manage cloud workstations...