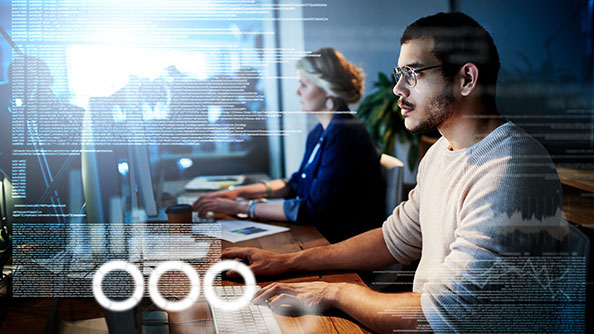 In the engineering world, there’s no underestimating how hard it is to attract and retain top talent. Finding qualified candidates is hard enough. But you want to go one better than that. You want to attract talent that gives your organization a competitive edge. Once you find that talent, you want to keep it for as long as you can. So what’s getting in the way of that?

If you’re like a lot of organizations, one problem you have with retention is providing your team — every last member — with fulfilling, engaging tasks. Your team didn’t go through years of school so they could perform monotonous or repetitive tasks. If that’s what you assign them to, they’re going to start dusting off their resumes and looking for greener pastures.

There’s no reason any member of your team should be saddled with dull and repetitive tasks. In the 21st Century, most of these tasks can be automated. Even if your organization doesn’t have the time or the know-how to do it, SPK and Associates is there to automate processes for you. During your recruiting efforts, we want you to be able to honestly say that there’s no “busy work” at your organization. To do that, you need to understand which tasks you should focus your automation efforts on first.

Are you still deploying software from programming to production manually? If so, you’re wasting man hours and losing talent to companies who have automated this. Software deployment can be a frustrating process for engineers. What’s more, it introduces yet another opportunity for human error. In fact, engineers often feel like they have to babysit deployment to avoid introducing more human error into the system.

SPK and Associates have helped organizations significantly streamline their software deployment. We’ve reduced deployment time from three hours to 30 minutes. We’ve done this by automating the login process and using scripts to avoid wasting time checking unchanged files. Head programmers can use that time to actually code, significantly increasing their value to your organization.

Server configuration is complicated, but it’s not terribly engaging or dynamic. Server changes have to be made on an individual basis, meaning that the more servers your organization has, the more compounded your complications. If your organization is spread across different time zones, that can lead to unexpected launch times. To avoid that, you need to manually open files on every server and change times.

We’ve implemented and used Puppet to help automate server configuration changes. This makes changes just once from a central hub, communicating the change across servers. Puppet can even automate login credentials and other server configuration needs, all while maintaining the security of your servers.

It’s not uncommon for programmers to manually schedule their deployments by uploading scripts, physically choosing a time from the backend, which requires root access. Often times the management team doesn’t want that many engineers with root access, both because of security reasons and because of untraceable human error.

SPK and Associates worked with a medical device company with just this problem. We wrote a program to a directory could be pulled from Git, then placed in the appropriate subdirectory. After deployment, a responsible team member is alerted via email. They can then check to see how long deployment took and if the deployment was successful. When deployment fails, an email is automatically sent to the person in charge of failed deployments so they can immediately address the issue. This saved approximate 50 percent of all up-front time related to deployment schedules, not to mention the invaluable prospect of being automatically notified of all problems with fewer employees in root.

There’s yet another benefit of automating deployment scheduling tasks: usually, you find out that a deployment failed when you run your end of day reports… and they don’t show up. You need to know about deployment failures as quickly as possible, so engineers don’t have to work overnight to fix the problem. That’s a huge blow to morale, in addition to possible additional payroll costs for your organization.

SPK and Associates collectively has decades of experience helping companies automate tasks which are unnecessarily costly and grinding the morale out of your engineering team. We can take these monotonous, undesirable tasks out of the hands of your engineers, freeing them up to perform more meaningful and value-adding work. Talk to us today about how we can craft a solution specifically tailored to your team and its needs.