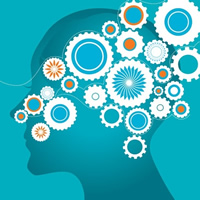 Attitudes are important things — they are the lens through which we filter everything life throws at us, and they can either be the secret to our success or our undoing. We’ve all heard the stereotype that says IT professionals have bad attitudes, and maybe your own experience confirms or denies this.

Most articles on the subject only go so far as to say, “Bad attitudes are bad for business,” and leave it at that. While true, happy engineers lead to greater company productivity, simply identifying the problem is not the same as resolving the problem.

Let’s consider the case of “Joe the IT guy”.

For the sake of argument, let’s assume Joe really does have a bad attitude and it is making things difficult for him. Poor Joe… But for whatever reason, Joe has decided he’s going to change his attitude and see if it makes his professional life any better. Great! But now what? How does Joe change something that seems like a basic characteristic of his personality?

Here are some tips and techniques to try to hack your attitude:

There’s no guarantee these tips will turn your world around, but give them a try. Simply putting forth an obvious effort is sometimes all it takes to change the way people think of you.

← Previous: Why an Automated Development Process Benefits Developers Next: Macs in a Corporate IT Environment →