Repeatability is equally an essential quality in software engineering and when it doesn’t happen, engineers get anxious. Repeatability is critical during the build process. For a build to be considered successful the correct source code needs to be used, and the corresponding binaries need to be compiled and linked. And this absolutely needs to be repeatable. The same code needs to be fetched from the source code control system, and the same compilers and libraries need to be used to build the software.  If any of these variables change, the resulting software is different and the process isn’t repeatable.

To help guarantee repeatability, use build automation. With scripts and other build tools, the source code is fetched, the build environment is configured and the build process is executed automatically. By relying on an automated process rather than using a manual method this process becomes consistently repeatable.

The setup needed to build basic software packages are simple, a Makefile and maybe a few scripts and everything is set. But this automated build process can become more complicated very quickly.

First, the complexity of the software being built will increase over time, and as things like cross platform support are added, the build process becomes more complex. Now the build process needs scripts and tools on each platform to build the platform specific software, but yet from the same source repositories.

Secondly, adding automation beyond simple building, for example by adding automated testing and deployment, increases the complexity of the build and release system.

To solve these two problems (and a few more), a dedicated automatic build system needs to be used. There are a variety of such tools available including CloudBees CD.

CloudBees CD (formerly Electric Cloud’s ElectricFlow) is a web-based build automation system which manages the build, test and release process. It is scalable, meaning it can keep pace with the complexity of your project and build requirements.

By using CloudBees CD, you can save valuable engineer time as engineers no longer have to maintain in-house build scripts that are error prone and don’t scale well.

CloudBees CD comes pre-built with its own Domain Specific Language (DSL) based on Groovy, which takes prescribed build processes and turns them into code. From there, they can be iterated using standard processes. DSL code can be tracked in a repository, tested, and developed by multiple team members.

One of the benefits of using a CD tool is tracking. CloudBees CD allows access to all the data in its database, and allows for automated reports to be created at the click of a button with DevOps Insights. With this powerful dashboard interface, a developer can quickly generate reports, graphs, and metrics using ElasticSearch. You can also customize graphs and reports from within the web interface, allowing anybody to get the data they need.

Testing is a vital component of any release process, and the interface of CloudBees CD has been uniquely tuned to ease this integration. Manual and automated test gates are available by default when creating a pipeline, and you can use these gates to create stop points and ensure that extra cycles aren’t spent running code that doesn’t work. CloudBees CD also allows for Blue/Green deployments, which further help take the risk out of moving code to production. 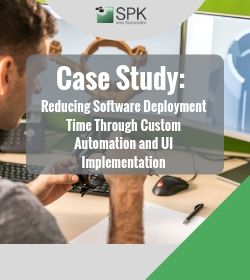 Modern code often relies on a variety of software packages to run, and CloudBees CD is well prepared to assist with this. As a mature program, it comes pre-built with a large number of plugin integrations. Need to run a Jenkins pipeline, fire up a server on Azure, and update tickets in Jira, all in one stage? CloudBees CD has you covered, with no extra code to write. Just input values into the steps, and it will run on its own.