Remember Everything with Evernote!

Evernote has changed my life for the better since I first tried it out a month ago.  I have spent much of my life wishing I could keep a little notebook on me at all times to record odd bits of information that I think I might like to remember.  Little things.  When was my street last paved?  What was the critical registry key that makes my cobbled together home networking solution work?  What was the name of that book I heard about in passing?

In all of these cases, I lacked an organized way to preserve the information.  I tried an actual physical notebook for a while, but I kept losing the books or forgetting to carry a pencil.  When I actually did manage to keep a notebook for more than a month, I was never able to find the odd facts I wanted to remember.  The little things I would like to remember do not, unfortunately, arrive in a nicely organized grouping that can be systematically archived.  Thus, there is no way for me to keep track of them on physical paper.  For a time I tried to come up with various text files synced via Dropbox, but it was usually too much of a hassle to record whatever it was I was curious about.  Usually I would forget the thought before I recorded it.

Then, I heard about Evernote.

Not only could I keep everything together in one spot without having to come up with a method to keep it all synchronized — but I could do it on my phone as well, recording typed notes, and pictures too!  Heck, I can even record a meeting and take notes at the same time, and the audio file is safely stored along with my notes.  Is my typing distracting those around me?  No problem!  I can take notes by hand via Ink Notes.  If I happen to be away from my phone and my computer, I can even email myself a note (with all the usual attachments) to a special email address and it will get added to my Evernote account, to be edited and tagged at my leisure.

The icing on the cake, however, is that Evernote can make text in images searchable.  I first performed this test a year ago and walked away unimpressed, because I did not understand how it worked.  Essentially, Evernote comes in two flavors: Free and Premium.  Free is fine for most people, and the only important functional difference is the upload limit (60 MB for free, 1 GB for Premium) and the time it takes for image text to be recognized.

The OCR (optical character recognition) process happens on Evernote servers rather than on the client machine, and premium users are obviously at the head of the line.  On average, it takes about 24 hours for an image to get scanned.  Last year, I did not know about that time delay, and simply thought that the OCR was rubbish.  When I picked it back up this year, that original picture was still in my account, and it was completely searchable.  This even works with Ink Notes, if your handwriting is neat.  Mine isn’t, so it cannot recognize words, but that’s OK.  It’s not like any human can read them either!

Now, some people might make note of the fact that Microsoft already has a product that does most of these things. OneNote is an excellent program, but for me Evernote is the better solution, despite a couple of areas in which OneNote drastically outperforms Evernote.  I won’t go into it here, but I found an excellent post that details the differences between the two platforms.  As far as I have seen, the information is still current.

I realize that I already used the phrase “icing on the cake” but there is another feature that truly sold me on the platform: Evernote Web Clipper.  The web clipper allows you to save entire web pages.  I find tech articles all the time that I would love to collect like a scrap book, whether they are articles about Windows, political articles, or even a neat review of the latest Dungeons and Dragons supplement.  It was actually the web clipper that tipped me towards Evernote and away from OneNote.

“Clipping” a web page sounded like it would be complicated to me, and I avoided trying it for months.  I should not have worried; it was very simple to install the Firefox extension and even simpler to use.  There is a very slick overlay that pops up, allowing you to choose where to put the note, what to call it, and what tags to give it.  That’s it.  It’s saved forever, and completely searchable.  Combined with a little thing known as “Clearly,” the web clipper can even get rid of the ads that surround whatever article you were trying to save.  Again, installation was trivial, and using it was a breeze.

All this said, there are a few comments and tips I would like to mention that make it easier to use Evernote.

I highly suggest giving this program a try.  It is far more intuitive than I was expecting, and it has solved a problem I have been wishing I could solve for years.

← Previous: How to Ramp Up Your New Product Development While Servicing Your Existing Customers Next: How To Ease Your Agile Development Transition with Custom Dashboards and User Interfaces → 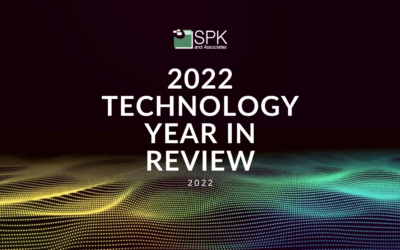 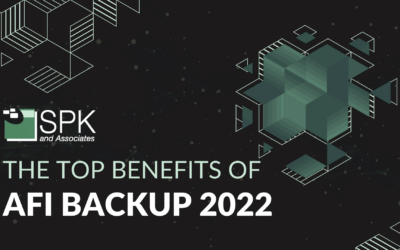 The Top Benefits of AFI Backup 2022

SPK is a proud partner of Pax8. And Pax8 is a reseller of AFI Backup. Because of our relationship with Pax8, SPK clients can access AFI Backup at a discounted rate for our clients that utilize Office 365. And, because SPK is highly experienced with AFI Backup we are...